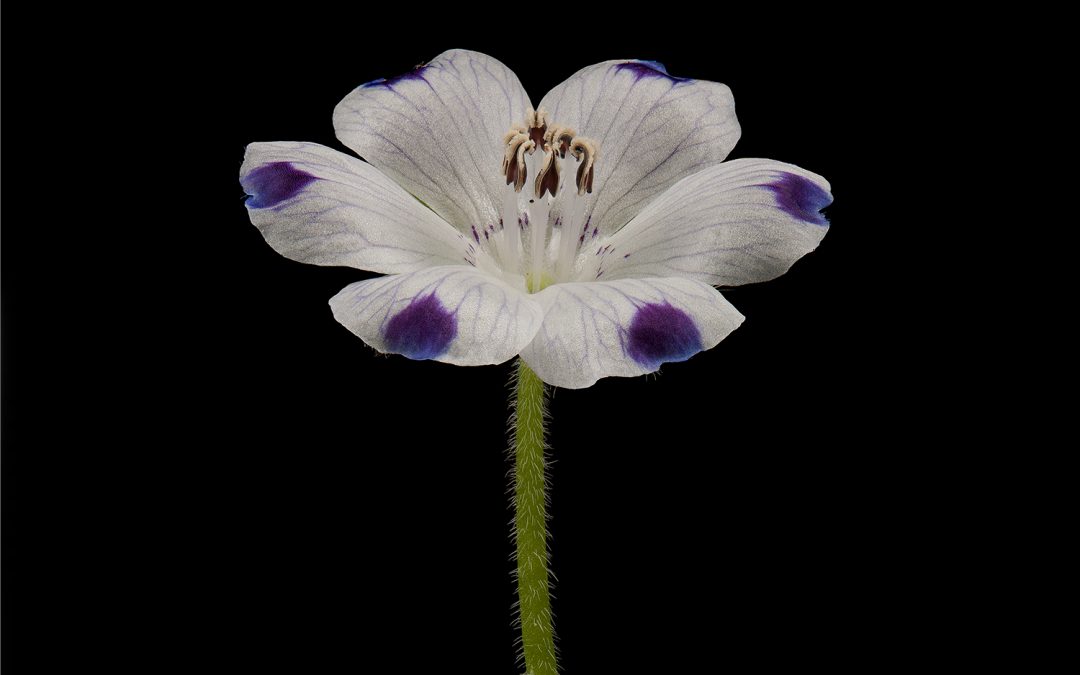 Internationally acclaimed fine art photographer David Leaser takes viewers behind the scenes of his groundbreaking new collection on California’s vanishing wildflowers at the Huntington Library, Art Collections and Botanical Gardens’ Garden Talk on Thursday, April 14 at 2:30 p.m. David will present “Exploring the Beauty of California’s Native Flora,” an illustrated talk where he will spotlight these beautiful, often overlooked flowers and reveal the innovative techniques he uses to capture extremely enlarged, highly detailed images that pop with bold colors and patterns.

David’s “California Wildflowers: Return of the Natives” features “bee’s-eye” close-ups of the wildflowers which once blanketed the mountains, deserts and valleys of Southern California. His large-scale images reveal these flowers in a way they have never been seen before, showing an almost a microscopic view of their most intricate details that traditional photography has been unable to capture until now.

From tiny California orchids the size of a thumbnail to flamboyant Santa Barbara roses and Matilija poppies, the subjects of these photographs come to life on the big screen and are ambassadors for a disappearing world. Attendees will learn not only about these beautiful flowers but how David uses a revolutionary focus-stacking technique, layering dozens of photos together to transform them into works of art.

Jim Folsom, the Telleen/Jorgensen Director of the Botanical Gardens at the Huntington, said, “David is a meticulous observer, consummate artist and dedicated plantsman, whose photographic studies take the viewer into a fresh encounter with plants and flowers. It will be a great joy and revelation for people interested in California’s flora that he has turned his talents to our native plants.”

“I first became fascinated with California’s wildlife living in Malibu, where the Santa Monica Mountains stretch for miles along the Pacific Ocean,” David said. “In those hills, you can still see the diversity of California’s native plants, and I wanted others to see and enjoy what I never took for granted. I think these images will bring attention to the vanishing treasures in California and, perhaps, promote a revival of these sometimes overlooked gems.”

David’s foray into botanical photography started with a journey to the Amazon, where he became fascinated by the tiniest flowers on the rainforest floor. He is dedicated to promoting nature and endangered species and elevating these botanical subjects to important works of art. David donates a percentage of all proceeds to the IUCN Red List.

A longtime Southern California resident, David is recognized as one of the world’s leading botanical photographers. His artwork has been praised by the art and photographic communities and has been featured on ABC News, Fox News and in the New York Times, Los Angeles Times, Architectural Digest, Sunset Magazine and Nikon World. The Huntington houses 14 of his large-scale images in its permanent collection and developed an artist series around his work. Architectural Digest says Leaser’s images “glow with eye-popping color and pattern,” and Ann Landi, contributing editor for ARTNews, says, “Leaser’s work seduces us as only an unforgettable work of art can, to look and look again.”

The Huntington is a renowned research and educational institution famed for its extensive art collections, treasured artifacts and lush gardens. The Huntington is located at 1151 Oxford Rd., San Marino, Calif., 12 miles from downtown Los Angeles. Please see http://www.huntington.org or call 626-405-2100 for more information.