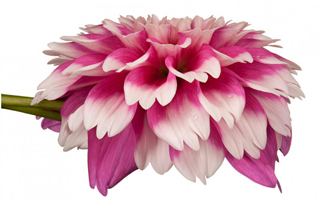 Leaser has been recognized by the art and photographic communities for his groundbreaking techniques. Marrying technology from Nikon and NASA, he creates bold, colorful botanical images that give viewers a bee’s eye view of flowers. Leaser’s “Tiger’s Eye,” was juried as the only photograph selected among 20,000 submissions for the 2013 London Art Biennale. Nikon recently featured his step-by-step macrophotography techniques in their publication, Nikon World.

Critics are calling Leaser’s signature style revolutionary because of its extreme detail. Architectural Digest says Leaser’s images “glow with eye-popping color and pattern.” Ann Landi, contributing editor for ARTNews, says, “Leaser’s work seduces us as only an unforgettable work of art can, to look and look again.” And John Mendelsohn ofArtNet writes, “David Leaser’s Nightflowers, a series of striking photographs, confronts us with nature at its most flamboyant. In his images, this photographer creates fantastic, contemporary signs from nature’s own high style.”

Leaser’s collection was awarded a Silver Medal in the International Photography Awards amidst 80 submissions in 90 countries.

Leaser’s work been also been featured in leading magazines like Architectural Digest and Sunset Magazine, which recognized his collection with its “West at Its Best” honor. The Huntington Library, Art Collections, and Botanical Gardens in Los Angeles developed an artist series around Leaser’s work, and 11 pieces are now in the museum’s permanent collection. Images from the series have also taken center stage at landmark locations like the Trump Tower in Hawaii and the Wynn Encore Hotel Las Vegas.