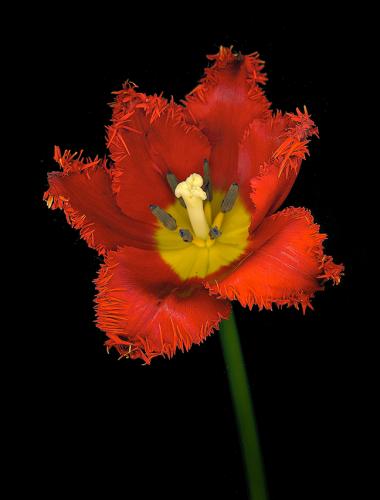 The tulip originated centuries ago in Persia and Turkey, where it played a significant role in the art and culture of the time. The Turks of the Ottoman Empire were the first to cultivate and hybridize tulips. Persian poets sang its praises, and their artists drew and painted it so often, that the tulip was considered to be the symbol of the Ottoman Empire. The name, “tulip,” originates from the Turkish word, “tulbend” meaning turban, because it resembled the colourful Turkish tulband (turban). The word was later corrupted to “tulipan” and later abbreviated to tulip.