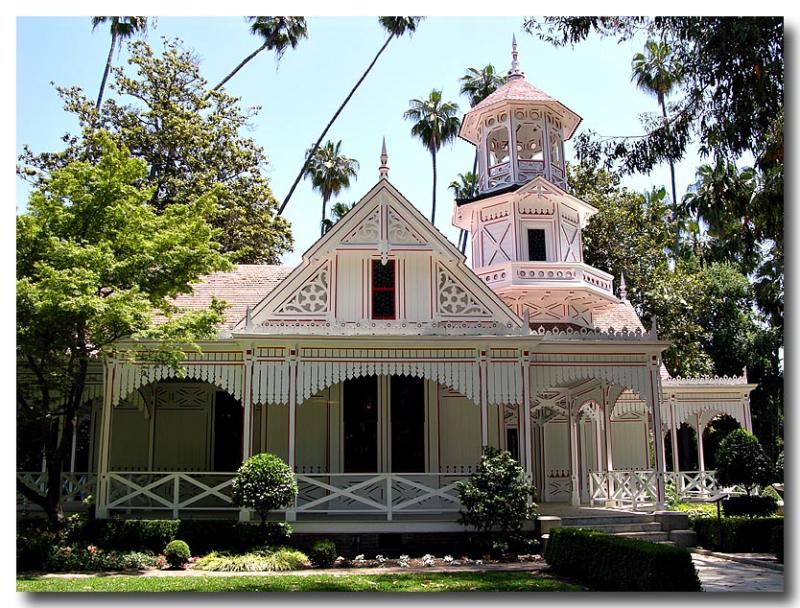 Leaser, an artist, photographer and author, presented a lecture entitled, “Blue Palms for the Garden.” During the presentation, Leaser showed images of colorful palms, including many with blue fronds. Palms such as the blue hesper (Brahea armata) are familiar to many Angelenos, but new introductions to Southern California, including a newly discovered Meditteranean fan palm, provided interesting talking points for the lecture.

“Chamaerops humilis” is also known as the Meditteranean fan palm, and it’s quite common in Southern California. In the 1990s, a new blue form was discovered in the Atlas Mountains of Morocco. That form is starting to make a presence in Los Angeles,” Leaser said.

The lecture was created for landscapers, home owners and designers to show how to use palms to make an impact in their own gardens.

Leaser presented striking images of botanicals during his lecture. His book, Palm Trees: A Story in Photographs, broke ground with its sumptuous photography. Leaser signed books for attendees after the lecture.

The Los Angeles County Arboretum and Botanic Garden is a 127 arboretum, botanical garden, and historical site nestled into hills near the San Gabriel Mountains. The site is famous as a movie and television backdrop for such productions as Fantasy Island, Jurassic Park and Murder, She Wrote.