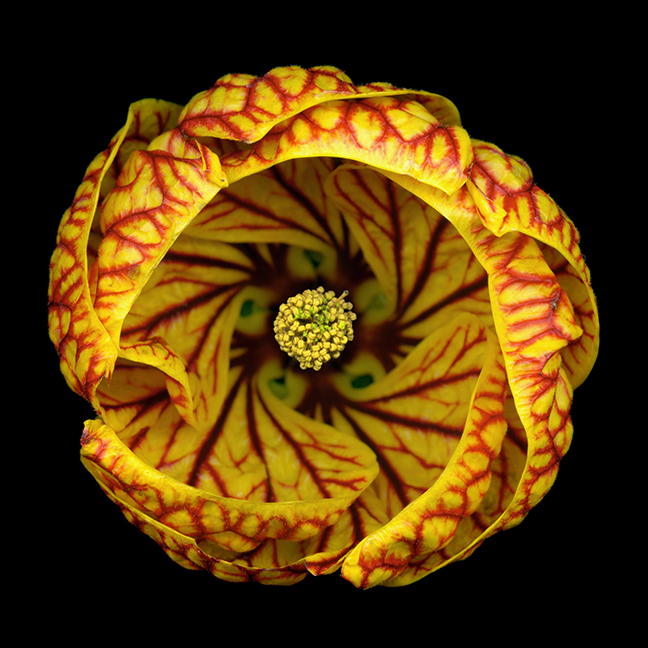 Tiger’s Eye, a striking botanical image from internationally acclaimed photographer David Leaser’s Nightflowers collection, was juried to be exhibited at the London Art Biennale Jan. 23-26, 2013. The Biennale, which celebrates contemporary artists from around the world, will showcase Tiger’s Eye in a large-scale framed canvas. Tiger’s Eye features an orange flowering maple blossom with deep red veins suspended against a black backdrop and resembles a paper lantern that might hang at a summer garden party.

The London Art Biennale will hold its inaugural exhibition at the Old Chelsea Town Hall, considered London’s artistic center. This non-themed event features first-class and emerging artists with works on canvas, sculptures and drawings. Organizers have curated exhibitions at renowned institutions and museums like the Victoria and Albert Museum in London.  Click here to see the entire London Art Biennale 2013 catalog.

Incorporating technology from NASA and Nikon, Leaser uses his new dettagli technique in Nightflowers to show dramatic close-ups of flowers in a way they’ve never been seen before. This series of bold, colorful flowers, enormously enlarged against a black backdrop, gives viewers a bee’s eye view so detailed you can literally see the pollen glistening off the stamens.

Critics are calling Leaser’ signature style revolutionary because of its astonishing detail, and his work been featured in leading magazines like Architectural Digest, Sunset and Nikon World and at landmark locations like the Trump Hotel in Hawaii. Leaser was awarded a Silver Medal in the International Photography Awards amidst 80 submissions in 90 countries.